Exhibition at the Frederick Kiesler Foundation

For a short time Vienna became the center of the avant-garde.

This enabled an exchange between the artists of Futurism, Constructivism, the Bauhaus and the artists of the De Stijl movement. As one of the leading thinkers of the theater avant-garde, the cleverly networking Kiesler acted as a link between the individual artistic trends.

In keeping with the tradition of Viennese Modernism´s “total work of art,” he conceived the Leger- and Trägersystem (L+T System), a flexible, free-standing construction for the presentation of objects and images for the exhibition´s display structure. Kiesler also designed the poster, the catalog and all other types of printed matter for the exhibition according to a uniform concept. With the spiral shaped Raumbühne (Space Stage) he also contributed the centerpiece of the exhibition. In the accompanying catalog, in addition to his own texts, he published numerous manifestos as well as illustrations of theater and film avant-garde.

This unique guest performance by the avant-garde in Vienna will be presented to the public in a focused studio exhibition. An extensive catalog presents the results of the most recent research on Frederick Kiesler’s early creative period in Vienna. There will also be a lecture series. 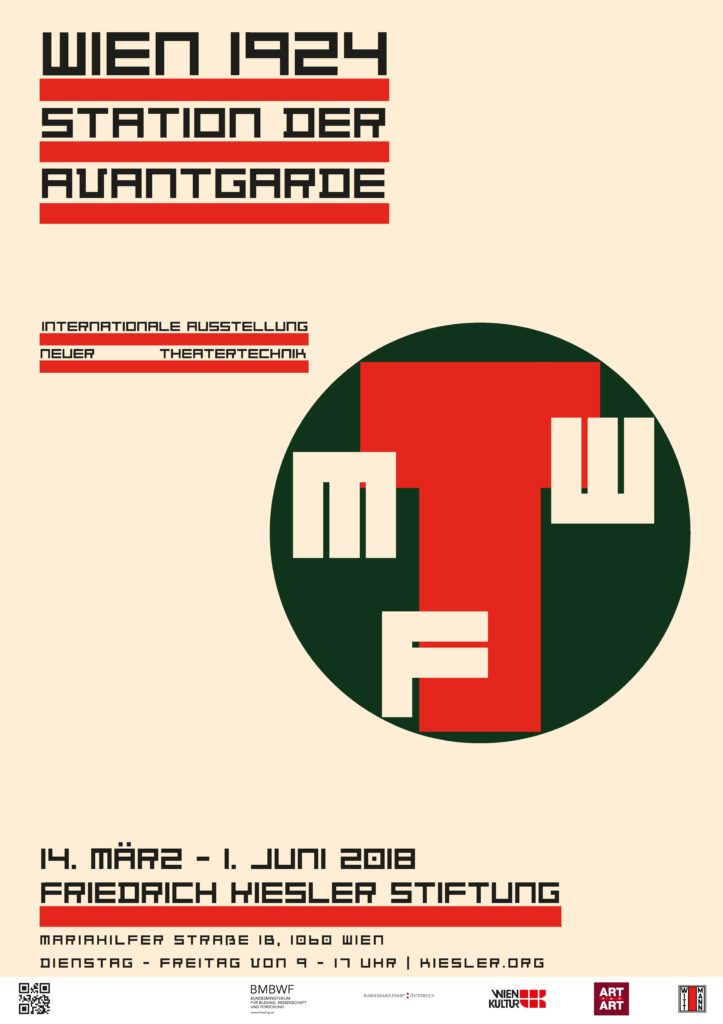